I’ve spent many moments in utter discomfort as I wonder about my purpose and a number of reasons for my general existence. I mean, don’t get me wrong—I understand why I’m here, God’s overwhelming love for us. However, that doesn’t change the fact that destiny has a more specific hand in the game than just the incredibly wide concept of His love.

Destiny is a funny thing—it’s talked about almost like mystery and magic. It’s this big, lofty concept that is completely terrifying to discuss. The word destiny has practically become an imaginary concept as it is so incredibly difficult for us to wrap our minds around, so we don’t really try to—we tend to separate it from ourselves and just apply it to superheroes and demigods in tales that we would never conceive as reality.

But destiny, my dear friends, is incredibly important for us to learn about and pray about. Our destiny is this beautiful mix of who God has called us to be as believers, how God relates to us, what He calls us, what our occupations are, and where our influence lies. It’s this giant, overarching, scary life-thing, and it has proved itself to be nearly impossible to comprehend.

I’m not even totally sure what is really meant by destiny, not yet anyway. How does one come to a place where they can confidently step into their destiny? I’ve found most destinies to be grandiose and much to big for any person to accomplish on their own.

I suppose that is what is so fascinating about destiny—it is too big to accomplish on our own. We are completely incapable of doing it ourselves. Maybe that’s why so few people truly step into theirs—because it requires an incredible amount of dependence and humility. Stepping into it is this crazy mix of all the things God is doing in conjunction with everything one has been learning and growing it. Learning more about it and eventually stepping into it, I’ve found, tends to be a significant part of and fulfillment of living abundantly.

Not to say that I am anywhere close to being able to step into some of the things God has revealed to me. Often times, I think about the things He’s called me to and the prophetic words that have been spoken over me or the call to greatness that the Bible lays out for believers, and I either become incredibly doubtful or puffed up with pride—which means, quite frankly, I have a lot of training to go through before I walk on to the battle field of stepping into the fullness of what God has called me to.

One of the statements I’ve found most profound in understanding destiny is this: every Christian’s calling is to love the Lord your God with all your heart, soul, mind, and strength, and love your neighbor as yourself. That’s our calling, and as we walk farther and more faithfully in this calling, we will begin to also see that the destiny of our lives begins to unfold as we walk in faithfulness to our calling and God’s promises. 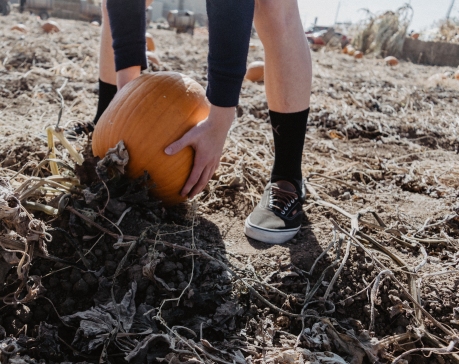 This is how I’m processing destiny and calling and promise and faithfulness as a daughter, as an Heir and Child of the King. It is strange to learn about and try to grow in because it is the longest process, I swear. And I am not patient—like, at all. I’m kind of amazed how irritated I get when instant gratification is not an option. God is not a microwave, as you probably well know, and so I should be much more astute than assuming He will operate like one. In all reality, though, I am not that astute in such senses because I want God to completely flip me around in half a second because I don’t like being in process—it’s hard. Funny enough, though, it was probably pretty hard for Jesus to die on the cross, so I think I can probably manage going through process if He could manage the whole incarnation, death, and resurrection thing. He died so I could be in process with Him to meet a glorious end. We are bound for glory but not without growing pains or tense life-seasons—growing is an important part of life and living in a place of abiding.

He is faithful to the end, though, and has not left us on our own to figure it out. He did not die to leave us alone, and His eyes are ever upon us. Like, never looking away, always steadily focused directly on my eyes. Gazing constantly at the one He loves. I think we recognize that we should be in awe of God, but I don’t think we understand that He is in awe of us because He is so in love.

How beautiful that He loves us so much.

He will not leave you to figure it out alone.

He holds out His arms, ready to embrace us with His perfect peace and wonderful presence, and He says, “Whenever you are ready, my Child.”