I have written many letters and scrawled across the broken, torn up pages of my tattered heart, lies that the enemy has whispered to me, and I have believed them because it was my handwriting that had allowed them to be inscribed upon me. Satan’s not very creative because we all get hurt in similar places, but his delivery of falsehood tends to be a little more on the cunning edge than just straight lies.

I suppose I could into a long story about all of the ways that I have struggled and overcome and struggled and overcome when it comes anxiety, dissociation, and OCD, and I think that could definitely be helpful, but I also think it would be of good nature to talk not only about overcoming but about being in the midst of the Fight.

I capitalize “Fight” to emphasize the fact that this isn’t a small ordeal. Battling mental health issues is a lifelong, tedious, incredibly difficult Fight.

As much as I have seen victory in my own battles against mental health, that doesn’t change the fact that it is still a reality my brain struggles to overcome daily. I have an inclination within me to turn to anxiety when I cannot handle a situation. It has not gone away. I have an inclination to detach from reality when I cannot handle a situation. It also has not gone away because my brain cannot just make it disappear. Praise be to God who is King over anxiety—He is more powerful than it, but it is still something I struggle through, even though my God is more powerful.

Struggling with mental health is not a sin. It doesn’t make you a worse person or less valuable—what it makes you is a human being who, like a lot of other human beings, is really suffering and needs to be reminded that they are not alone.

Now, I 100% believe that we can lay hands on and pray for people suffering from severe mental illness and God will heal the way chemicals in their minds are interacting to make their anxiety, OCD, schizophrenia, PTSD… a reality, if He chooses to do so. However, more often than not, I’ve found that in each situation I have to battle it out with what my mind is trying to do versus what Holy Spirit is trying to do, I have grown so much closer to the Lord in those moments that have defined my mental health journey. 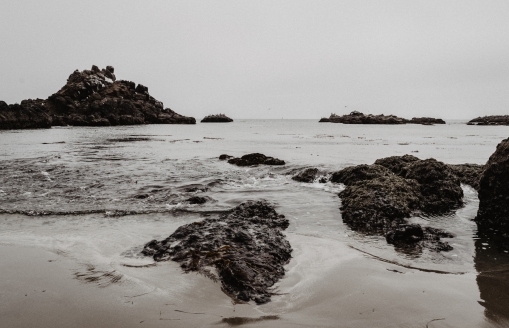 The other day, I had a new type of panic attack. I wasn’t shaking uncontrollably or sobbing without means of calming down. My chest was just really tight. For eight hours. And I tried drinking warm tea to attempt to relax the anxiety that was coursing through my whole body, but I just had to wait. I just had to make do and try to ignore the fact that every couple of minutes I had to pause and nearly hyperventilate to relieve my body of the feeling that I wasn’t getting enough air. I had gone to bed the night before struggling with this and I woke, my body still tense, and my mind still racked with anxiousness in a way that I could not describe.

You know what I’ve come back to over and over again in walking through this mental health FIGHT? Not shockingly, it’s a C.S. Lewis quote from The Screwtape Letters—which is written from the perspective of a demon. The narrating demon says this, “Our cause is never more in danger than when a human, no longer desiring, but still intending, to do our Enemy’s will, looks round upon a universe from which every trace of Him seems to have vanished, and asks why he has been forsaken, and still obeys.”

The amount of times I have thought of this during seasons of severe anxiety and surfacing depression, when I could not feel anything and was intensely afraid – it was in those moments that I remembered this quote and moved forward in confidence as the unknown stared down my mind into what felt like, sometimes, hopeless oblivion. I would remember this phrase and as hopeless as my mind and body felt, it was like a ray of light that pierced the soul-part of me, and I could continue on knowing every step I took, even as I felt like that, was another enemy strategy shot down in play.

This, my dear, pushed me off of the ground but what has kept me going is the constant reminder that I have power.

I have power – more power than any amount of poor mental health could.

You know who uses mental illnesses, that genetic code that has been embedded in our brains, to try to get at us? Not Jesus, I can tell you that.

Mental illnesses were never part of the design, but they are a reality we have to live with every day, and as such, we need to be aware, ready to FIGHT when the time comes for that to be necessary, and informed. We need to know about our own mental health, those around us, and how we can really fight for awareness. Not all mental health issues can just be taken care of by medicine or counseling, all though, counseling has been one of the most wonderful things ever in my life, it hasn’t solved all of my problems.

The world needs hope, knowledge, and a capacity to really understand what it looks like to deal with mental health in an upfront way that allows people to be real when they are struggling.

Another quote from The Screwtape Letters that I absolutely adore is this, “It is funny how mortals always picture us as putting things into their minds: in reality our best work is done by keeping things out.”

When we walk in ignorance about mental health, we damage ourselves and those all around us by making it seem as if it is not okay to struggle.

We are part of the #mentalhealthrevolution – let’s make the world aware, let’s make the Church aware, and let’s really be aware as we walk through our lives facing the realities of mental health.